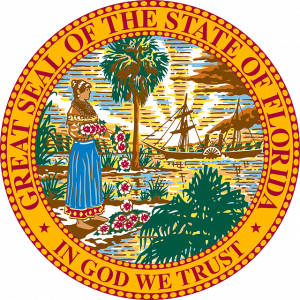 No matter where you live, chances are there are a number of controversial–probably incredible–laws on the books or even in motion to be put into law. Florida is one such state that seems to be getting a lot of attention lately, so we’re going to explore a few of the most controversial bills and laws that haven’t been overturned or struck down.

SB 1718 would pretty much ban abortion. Those who perform an abortion would be charged with a felony. The bill is unlikely to pass through all House and Senate committees, but the implications are terrifying. Even if it did pass, the impending legal battles would inevitably render it impossible to enforce. Other similar bills that could pass would defund Planned Parenthood through Medicaid.

SB 1712 is right on par with President Trump’s anti-immigration policies, especially when considering those of Middle Eastern descent. The bill would allow Governor Rick Scott to use the state’s military might to keep Syrian refugees out.

A couple of other bills promoted by the NRA would allow an open-carry policy on college campuses. They probably won’t go anywhere.

SB 110 is called the “Pastor Protection Act” and would ensure that religious organizations can’t be forced to marry people they don’t want to (even though they already have that protection). Even some religious leaders oppose the bill for its silliness.

SB 1220 would drastically reduce the ability for Florida to provide access to public records, a transparent system that Floridians take pride in.

There are a number of other laws on the books by accident. One actually bans computers and smartphones in internet cafes. Another law guarantees that pregnant pigs cannot be caged. One prohibits unnatural acts between consenting adults. It’s a misdemeanor, but the text of the law doesn’t help explain which acts constitute “unnatural” behavior.

Lewd acts are also illegal–unless you’re married. Oral sex is illegal. You can’t sell your children (duh). You can be hanged if you steal a horse. You can be arrested for skateboarding without a license. The only legal sexual position is missionary. Those are just a few of the most absurd laws. There are too many to count.